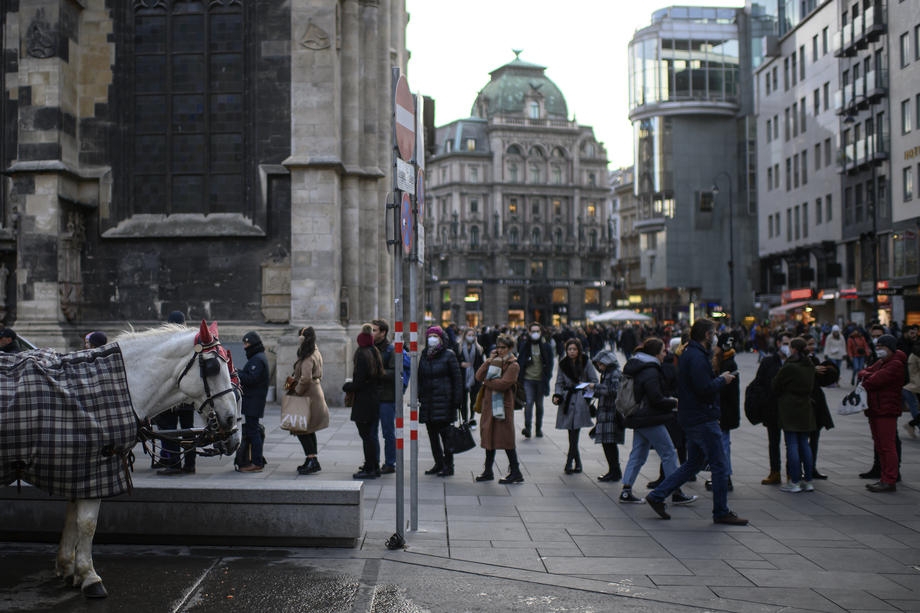 The lockout for the unvaccinated in Austria ends next Monday, he announced the Austrian government.

The government justifies this move with the currently stable number of patients in hospitals. "Omicron is not having as much impact on hospital capacity as feared," the government said. The experts of the commission GECKO, which was set up to fight the pandemic, also said the conclusion "no longer makes sense".

The Chancellor Karl Nehamer and the Minister of Health Wolfgang Muckstein announced a partial easing of the measures immediately after it was announced that a new record number of newly infected people had been broken in Austria. However, the government assesses the situation in hospitals and intensive care units as "relaxed for now", reports The Crown Zeitung.

There are several other changes to the measures, and these are the most important:

"One of the strictest measures"

Locking up the unvaccinated is "one of the strictest measures that can be taken," the government said in a statement. "Few countries have such strict measures as Austria."

It has been observed that the danger of coronavirus is not over yet. "However, caution is needed," Nehammer said. He appealed to those who have not yet been vaccinated: "Do not wait for vaccination to become mandatory. Take the opportunity and get vaccinated. "Vaccination protects you, it protects those around you and it protects the whole community."

New rules for entering the country

Two days ago, Austria introduced new rules for entry into the country, according to which some countries no longer qualify them as particularly risky due to omicron, but introduce new rules that apply to all.

All those who have received two doses and a booster dose of the vaccine can enter Austria without any restrictions, provided that the booster dose is valid immediately from the moment of vaccination. Those who have received two doses of the vaccine, but not a booster, must have a negative PCR test. Those taking a single dose of Johnson & Johnson must also have a negative test.

A negative PCR test is mandatory for anyone who has had a coronavirus. Those who have not recovered from the virus or received two doses of the vaccine cannot enter Austria without mandatory quarantine, even if they have a negative PCR test.

For children, those under the age of 12 who are accompanied by fully vaccinated parents should not be vaccinated or have a negative PCR test. Children over 12 years of age born on or after September 1, 2006 must have a PCR test.

Teenagers born before September 1, 2006 must meet all the requirements as adults.