AUDIO | Orhan Aliti through tears: Uncle Hamdi and I noticed a hole in the front tire, everything happened very quickly, I could not save my son 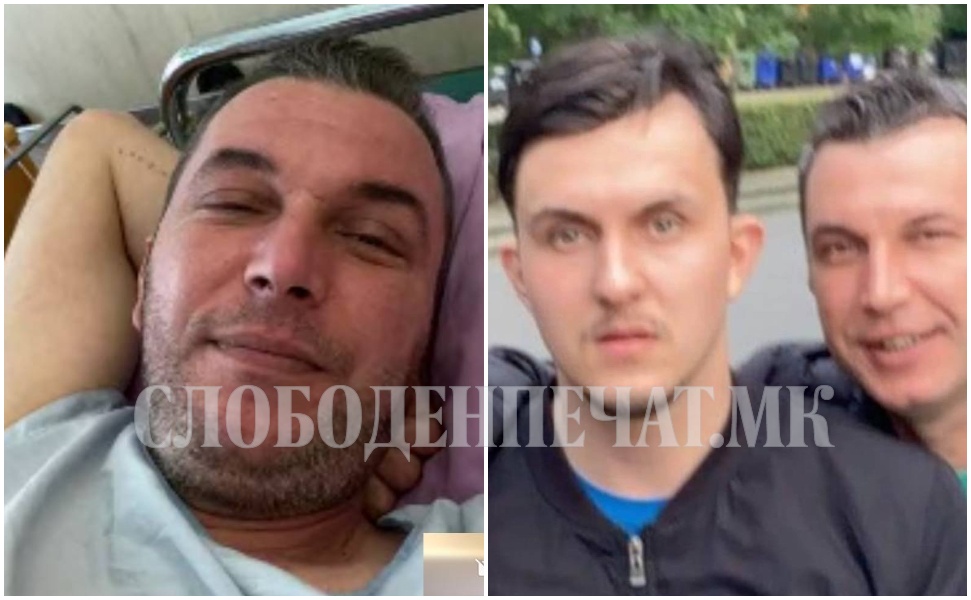 Orhan Aliti, one of the seven survivors of the tragic accident in Bulgaria, managed to break the rear window of the bus and jump. Unfortunately, he also failed to save his 23-year-old son Visar. In an exclusive statement for "Free Press" from the Sofia hospital "Pirogov", Orhan says that he is in good health and that he still can not believe how the tragedy happened so quickly.

- I am in good health. The first day I had surgery on my right leg. I had back surgery yesterday and now I'm better. "I did another radiograph today and I think I will be out of the hospital by Tuesday, but the doctors did not tell me the exact day," Orhan told Sloboden Pecat.

He describes the terrible tragedy for "Free Press" in which 45 people lost their lives.

- The last time we left Istanbul we were in the shopping center "212", and the guide Musin Shiroki said that at 15:45 we will be on the bus and we will leave for Macedonia. We left from there at 17 p.m. Before we left, I talked to Uncle Hamdi from Studenichani, we smoked a cigarette. He told me that he noticed something leaking on the first right tire. We went and saw a light on the phone, it looked like a hole under the tire. I told Uncle Hamdi that it might be glycerin, but that it was nothing scary, because at the moment nothing was dripping. After 10 or 15 minutes we got on the bus, we left as best we could, we reached the border with Bulgaria. After crossing the Bulgarian border, after 20 meters we stopped to eat and drink, took a break and left again. The tragedy happened after two hours of driving from here, says Orhan.

He says he was awake at the time of the accident and saw the bus hit the barrier.

- I thought that the driver fell asleep and that is why his steering wheel escaped and crashed, but at the same time a fire broke out and it did not seem normal to me. The bus stopped for a while, then continued to move again, but there was a flame again, Orhan remembers.

"Everyone panicked and no one knew what to say. At that moment the man thinks very quickly, and if the bus catches fire, the doors do not open. And at that moment I thought of jumping with both feet to break the rear window, but my first attempt was unsuccessful. The second time, Ljuljzim from Presevo and I jumped again with both feet, and at that moment we managed to get out of the bus. All I could think about was getting up and calling the others out of the window we came from. But when I tried to get up, I saw that my waist was broken, I could not stand up. I also had a broken leg. When I saw myself on the asphalt on the opposite side, I thought that if a car came from the opposite side, I could suffer even worse. I turned around, crossed to the other side of the road and started yelling at my son Visar, shouting as loud as I could, because I thought he had jumped behind me too, but Visar did not answer. "Unfortunately, he also ended tragically," Orhan said through tears.

He says the blast happened so fast he could not describe it. "When we were already outside, I saw that the bus caught fire in the back," Orhan added.

"I saw some people jumping behind me. Lulzim and I were the first to be saved, I heard Lulzim shouting after his wife Medina. I tried to get to my feet, but I could not. I saw that some passengers from Dolno Kolichane, Zulihaj, the 17-year-old girl, came out after us, she was crying a lot. Then another bus passed Besa Trans, it seems to me it was from Tetovo, and the passengers stopped to help us. The bus stopped probably after 20 minutes. "They helped us escape from where the bus was because we thought there might be another explosion," he said.

In addition, listen to the audio conversation with Orhan Aliti that we conducted in Albanian.

Shocking accusations that do not subside: Evan Rachel Wood claims she was "raped on camera" by Marilyn Manson in a new documentary

Petrovska: If NATO asks, it is possible for our army to get involved in a possible Russian-Ukrainian conflict

The dominance of omicron ends by the end of February, says prof. Danilovski

Dimitrov: It is not only a success to remove the Bulgarian veto, but also the way it will be done

Dr. Dokic reveals the most common symptoms of the omicron strain: The infected are only partially protected

Heavy snow in Mavrovo, drivers should be careful

Better to act with the Bulgarians, than to have hate speech, thinks Zoran Dimitrovski