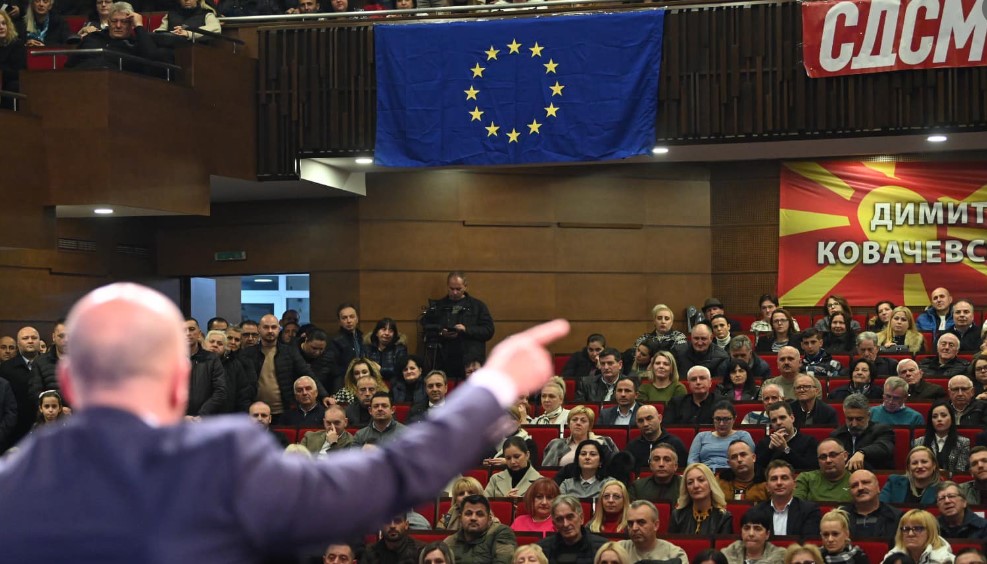 The Prime Minister and President of SDSM, Dimitar Kovacevski, tonight from a party event in Veles, he repeated that there is a serious threat to the country's European path - Dimitar Apasiev, the leader of the Left, which has two MPs in the Parliament. Kovachevski called Apasiev an "agent of chaos".

- The most notable and dangerous at the moment is Dimitar Apasiev. He is an agent of chaos. He believes that the worse it is for the country, the better it is for him. Its purpose is to light a fire so that people can warm themselves and forget that their shoes are on fire. This is where many people go wrong, and this is where the danger lies. The economic crisis and frustration make people desperate and make them think about giving it a chance. In rural areas, among the youth, even among the middle class who are struggling under the cost of living crisis. Make no mistake - he is getting stronger, Kovacevski added.

According to him, the reason Apasiev is stronger is that "Mickoski is weaker".

-Mitskoski every morning when he opens his eyes, the first thing he does is check on the phone what Apasiev said the previous evening, then guided by that in the White Palace under judicial seizure, he gives orders as to what their communication will be that day. It is not by chance that VMRO-DPMNE is less extreme than the Left so that no member of Apasiev's party defected to them. That's why Mickoski shouts one day that he supports the EU, and the very next day in the Parliament he blocks all legislation that refers to the European Union. A man without vision along with an arsonist with a vision for chaos. Add to the mix Gruevski, who under his 11-year rule, the country was blocked in Europe – and there is the perfect storm. The result of that could be stalled integration into the EU, Kovacevski concluded in his speech to the members of SDSM from Veles.