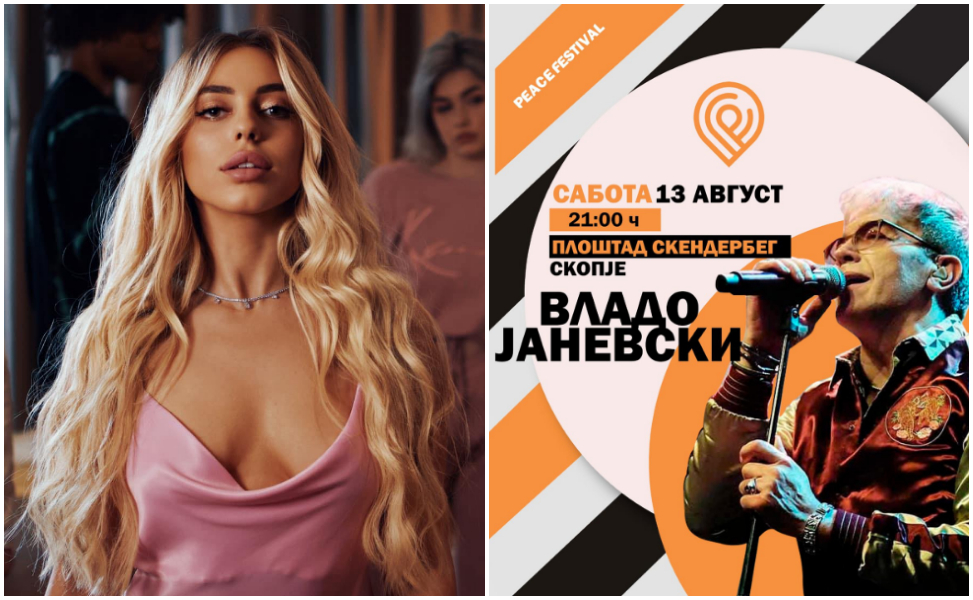 The Macedonian pop singer Antonia Gigovska canceled his performance at the Peace Festival, dedicated to the 21st anniversary of the signing of the Framework Agreement. Namely, she was announced as one of several domestic and foreign music stars who will perform on August 13 at Skanderbeg Square.

The singer announced herself with a post on the social network Facebook, where she explained that she does not want to be part of manifestations related to politics.

"For me, the management team that accepted an engagement that neither I nor they knew had or would have a political connotation is responsible for me, so I was forced to cancel my engagement, of course with all due respect to the organizer and to any political party.

I don't want to be a part of politics-related manifestations, nor will I ever be.

My job is to make music and give the fans my best.

I request all portals not to make false statements.

There's really no need for you to make enemies of me by twisting my words and something that I personally gave as a statement even though I didn't even have to answer any message or call from them," the young singer wrote on her official Facebook page. .

The Ministry of Political System, which is the organizer of the festival, announced the singer Vlado Janevski as a replacement for Antonia Gigovska.

"The first edition of the festival, which strives to become traditional, will be held at Skenderbeg Square in Skopje with the performance of famous musical stars, including Vlado Janevski", they announced from there.