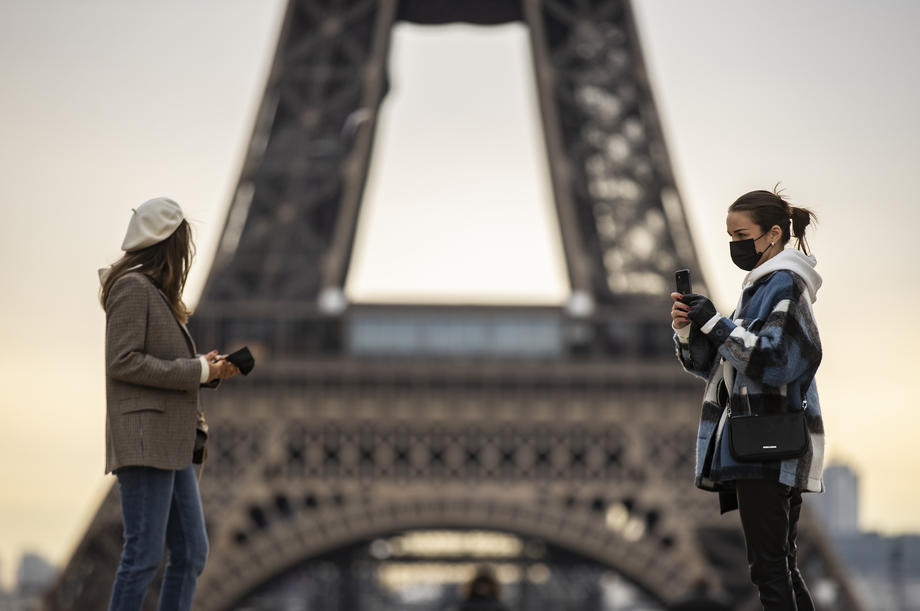 The French head of state is firmly in the lead in the latest poll of voter intentions conducted by Ifop-Fiducial for Le Figaro and LCI. The uncertainty is total for the second round scenario. The left is in a critical position, MIA reports.

Less than six months after the presidential election, the poster for the second round has never been so indecisive. According to the latest Ifop-Fiducial poll of Le Figaro and LCI, conducted with a sample of 5000 people, if Emmanuel Macron retains the lead with between 25 and 27 percent of the vote, the gap between his pursuers will narrow.

National Rally candidate Marine Le Pen currently holds the second position - between 17 and 18,5 percent, according to the right-wing candidate - but very closely follows the quasi-candidate Eric Zemour, who has between 16 and 17 percent. Regardless of the person tested, all potential Republican candidates are ranked fourth. Xavier Bertrand, with 15 percent, currently seems most capable of competing with Marin Le Pen and Eric Zemour, well ahead of Valerie Pecres (10 percent) or Michel Barnier (8 percent).

- This uncertainty is unprecedented, because Le Pen, Zemur and Bertrand are held in three points and are close to the front door of the second round. "It's a real ideological victory for the right and the extreme right," said Frederic Dabi, IFOP's director general of opinion.

The strongest progression is by the essayist Eric Zemur. While he was credited with 7% of voting intentions in early September and 12% two weeks ago, he is now almost on par with Marine Le Pen and now surpasses all possible right-wing candidates.

- It is a symbolic milestone and is completely new for someone who is not from the political stable and who has not yet stated his candidacy. The dynamics are obviously on his side, he becomes a hunter of the votes of the right and the far right, Frederic Dabi estimates.

The controversy is actually advancing in all categories of the population. "He stands out as the third man to come and conquer the people on the right," decried Frederick Dabi.

- He is above his result in the first round in 2017, with at least eight points before the second. Its base is extremely strong, testifies to the opinion of the general director of Ifop. The President of the Republic is the most desirable candidate of the young people, but also of the older and senior executives.

- It is an electorate of France, which manages well and mobilizes in the elections. 70% of the people who voted for him in 2017 still support him and he includes 22% of Francois Fillon's voters, notes Frederic Dabi.

For its part, the left remains divided as never before. And it seems that none of the candidates has an advantage at the moment. For now, the best placed remains the leader of Rebellious France, Jean-Luc Melenchon, with 8% of the voting intentions. Next, environmentalist Yannick Jadot, with 7 percent, and Socialist Anna Hidalgo, between 5 and 5,5 percent, are not taking off. Arno Montebour (Commitment) is credited with 1,5 to 2 percent of the potential vote, and Fabien Russell (Communist Party) has between 1,5 and 2 percent of the possible vote.

- The left has never been so weak. When they gather, all left-wing candidates make up about 25 percent, while 42 percent of French people say they tend to be left-wing. "It is no longer a ground floor, it is a cellar."

Only 37% of those who voted for the leader of Rebellious France in 2017 intend to cast their vote in 2022. The other candidates from the left are not doing better.

- An Hidalgo does not even manage to capture the electorate of Benoit Hamon. Janik Jade does not have a strong oscillation. It is not clear where their electoral reserves are or what path these candidates could take to create momentum, concludes Frederic Dabi.

Hero mother: Leopard grabs her son, fights until the beast releases him

Elections in Iraq: The victory of the populist Shiite cleric is confirmed

Scholz supports mandatory vaccination in the fight against covid-19