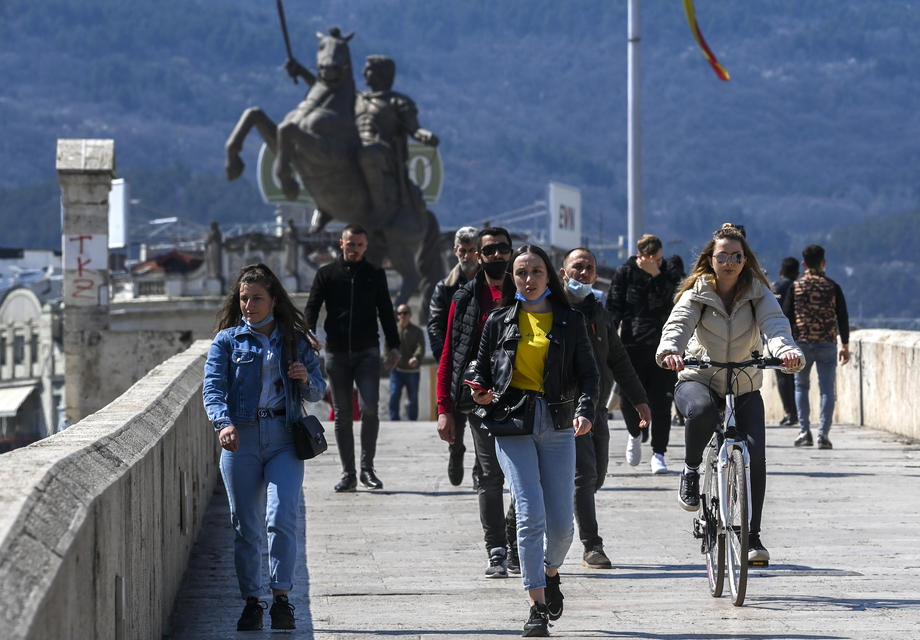 Rating Agency, within the regular surveys for the needs of the City of Skopje, conducted a survey on the satisfaction of the citizens with the work of the city government. In the telephone survey, the citizens of Skopje answered questions related to the problems they face, as well as the degree of trust in the institution and the mayor, the local government and the assessment of the work in individual areas of competence of the city.

The research has been conducted in the period from 10 to 15 September in the form of telephone interview of a representative sample of 1200 respondents.

The citizens of Skopje in the survey of the Rating Agency point out that the biggest problem is the urban planning and arrangement of the city, ie the question "What is the biggest problem facing the city?", 19,2% pointed out as the first problem. It is followed by maintenance of communal hygiene with 11,3%, infrastructure with 11,5% and the problem with stray dogs, which as the main problem were pointed out by 8% to the respondents.

As the biggest success of the city in the past four years, the respondents consider the investment in infrastructure, the reconstruction of streets and boulevards as well as the construction of new bridges. A high 29,7% of the citizens pointed out this as the biggest success of the City of Skopje, followed by the improvement of the parks and new greenery with 10,5%, the procurement of new Eco buses which 9,3% said was the most successful project of the city. Highly ranked on the list are the construction of new bicycle paths, the arrangement of the quay of Vardar, the reconstruction of the Universal Hall and the investments in the Zoo and the Dino Park.

Given that four years have passed since the mandate of the current local government in the City of Skopje, the survey also measured the perception of whether the general situation in the city has improved in the last four years. Thus, with the attitude: "The situation in the City of Skopje in the last four years has improved", 52,5% of the respondents fully or mainly agree, neither agree nor disagree 16,1%, while they do not agree at all or mainly 27,4% do not agree, the rest did not answer or could not assess.

PHOTO + VIDEO | Inferno in the City Park, a shed of the Misdemeanor Court burned down

Petrovska: Danela Arsovska has a reserve homeland, Bulgarian citizenship and is honorary consul of Hungary

Increased salaries are insufficient therapy for the outflow of doctors