Anglicisms are a threat to the Macedonian language 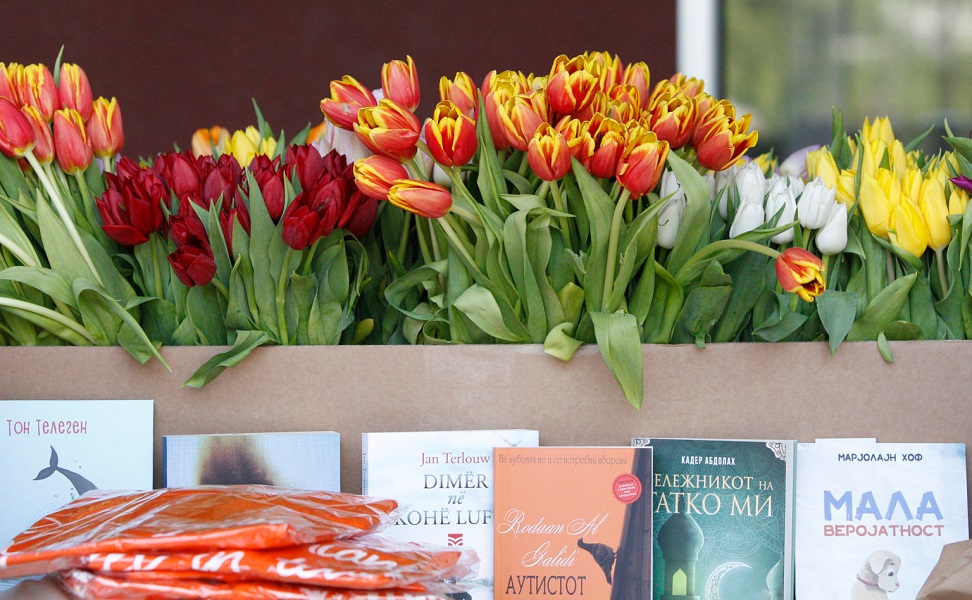 This year marks an important date, the 100th anniversary of the birth of Blaze Koneski, the Great of Nebregovo, a top poet, writer, literary scientist. One of the most important personalities in the entire Macedonian history.

It is enough to walk through the streets of Skopje and you will immediately notice that the most common language on the billboards is English, and more recently Italian and German. It is even more worrying that this way of expression is supported by the administration. Proof of this is the sign placed in front of a parking lot in Centar that reads: "No parking, except for residents." Wouldn't it be more understandable if the municipalities used the Macedonian word "residents" instead of "residents" which comes from the English "resident"? I just recovered from the unpleasant feeling due to the deliberate use of the Macedonian language, I received an invitation for an event by e-mail, and the location was listed as "Jadran Square"? Why did the organizers think that the replacement of the Macedonian word "square" with the English "square" would cause more interest among the public? Maybe the use of foreign words instead of Macedonian really has such an impact on the citizens? And maybe we the media are to blame for that? My impression is that very little attention is paid to the constitutional obligation for the official use of the Macedonian language and alphabet.

Some anglicisms are so ingrained in the Macedonian language, that for a moment I seem to have forgotten what the adequate words are for attractive, inform (inform), train (train), start (start)…

All this leads to less and less use of the Macedonian language and its great change. Another problem that arises is that a number of the latest anglicisms are incomprehensible to a large number of citizens, especially the elderly population, who follow the daily press and television programs on a daily basis.

I often listen to politicians who not only use anglicisms in their speech, but also accentuate the words completely incorrectly. And that way of communication is easily adopted by the citizens. The end result is the creation of a new language, combining English, Macedonian, Bulgarian and Serbian words.

The language is constantly evolving, enriching and in that direction its changes are natural. But the distraction from the wealth left to us by the great Blaжеe Koneski in a way represents violence against language, and thus violence against man.

The literary expression and preservation of what Blaжеe Koneski left us is our debt to the generations to come. Treating the language with due care, attention and responsibility is the best investment for our future.