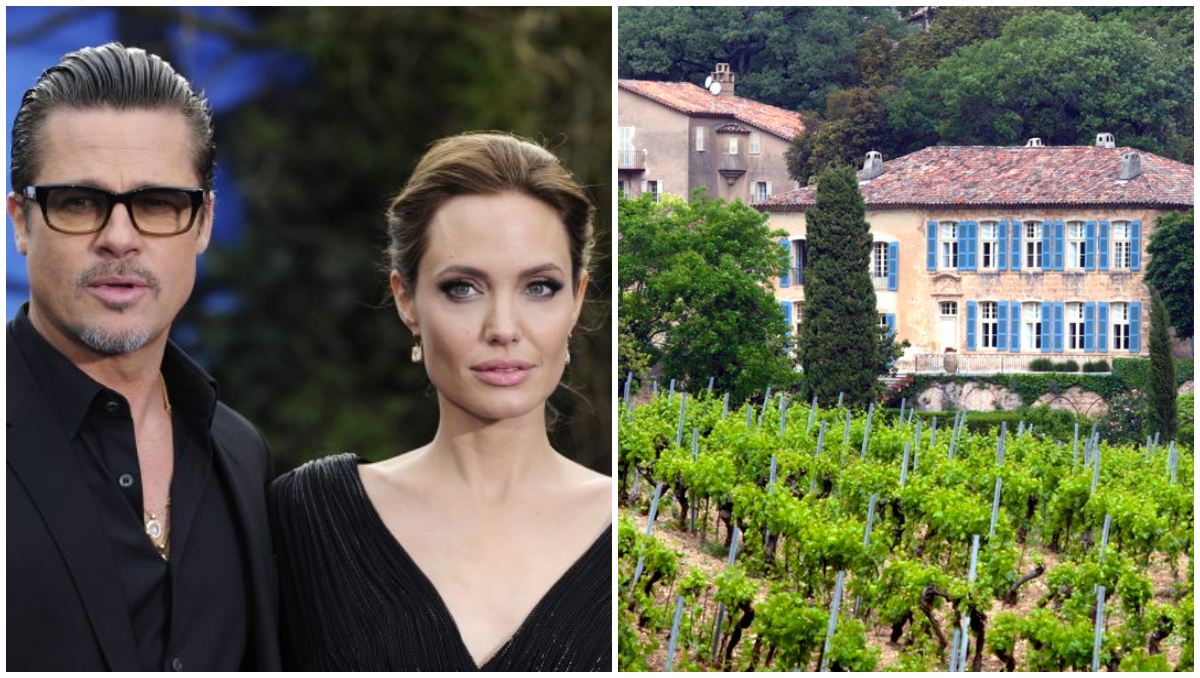 A perfect example that after a love breakup it is not at all easy to stay in a good and friendly relationship with your ex-partner Angelina Jolie и Brad Pitt. Even for the sake of the children, the ex-spouses do not manage to calm their passions and leave behind the failed marriage. Sources close to the former couple claim that Jolie is the main culprit.

Although they never spoke publicly about the reasons for their divorce, even today, six years after filing divorce papers, Angelina Jolie and Brad Pitt do not have a "normal" relationship, nor has the issue of custody over their six children been resolved. According to well-informed sources, who, unlike the main actors of this ugly story, failed to refrain from comments in the media, the biggest culprit for this situation after the divorce is Angelina.

"Angelina seems adamant that Brad should never get 50/50 custody," a source familiar with the legal battle told The Post. "There are some who say she won't stop until those kids are grown, so Brad will never have joint custody," the source added.

Their custody battle has been going on for six years, and there seems to be no resolution in sight. Every few months, a new conflict surfaces, which, if informed sources are to be believed, is usually started by the actress. The latest in a series of scandals between the once favorite Hollywood couple was the sale of part of the property in France.

"Angelina constantly attacks Brad. "And she deliberately sold her disputed portion of their vineyard to a buyer she knew he didn't want," a friend of Pete's said.

That's why Pete filed another lawsuit, which his wife won anyway. In legal documents in June, Brad claimed that Jolie intentionally "wanted to harm him" by selling his share of Chateau Miraval to Russian businessman Yury Scheffler, the founder of Stoli.

Pete said they had long ago agreed never to sell their share of the property without the other's permission. He also requested a jury trial.

"It's his baby, he's very proud of it and he's invested all the income from the job into the Miraval vineyards and studios," revealed a well-known friend of Pete's, noting that the Correns vineyard estate in France also has a recording studio.

News also recently broke that Angelina's lawyers sent their own people to the SAG Awards in February, hoping to catch Pitt off guard by asking him questions about Miraval at the gala event. But he was not present then. It's reportedly another example of Jolie trying to create public drama to make the whole situation worse.

Allegedly, it was Jolie who also filed the lawsuit against the FBI under a false name. That lawsuit, filed by an anonymous Jane Doe, alleged that the prosecutor's office did not allow the prosecutor access to records related to an investigation into allegations that several years ago "the then-husband physically and verbally assaulted his wife and their children while traveling on a private jet." Everyone knows that it is about actor Brad Pitt and their son Maddox, with whom they have had a strained relationship ever since.

There is also a restriction on other children's meetings with the father. Pete's friends discover that he sees the children, but not as much as he would like and that it is nowhere near joint custody.

Before a California court ruled in May 2021 that the ex-spouses would share custody 50/50, which was later overturned and the case started all over again, Angelina's legal team reportedly did everything for a child psychologist to determine that Brad is not able to take care of children.

The psychologist Stan Katz, who spoke with Jolie-Pitt's minor children about the custody case, is currently under non-criminal investigation by the California Attorney General's office, according to a filing filed by the California Superior Court.

"Everything is at a standstill. Last year was very turbulent. Brad was awarded 50/50 custody after a lengthy, detailed court ruling. Then the appeals court overturned the decision based on something that had nothing to do with the merits of the case. It was an internal dispute between judges and private judges in California unrelated to the custody agreement. It was a technical aspect. It's unclear how things stand right now," Page Six revealed.

PHOTO | A real surprise: Rihanna will perform at the Super Bowl semifinals

British guards guard the most expensive real estate in the world: This is its value even though it is not for sale