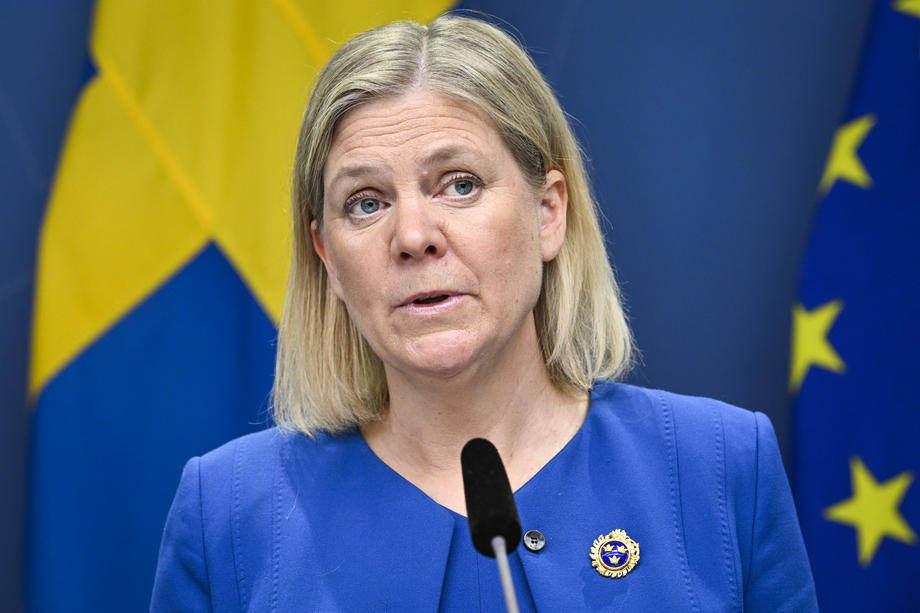 "We are not sending money to terrorist organizations, of course, nor weapons," Anderson told a news conference in Stockholm.

Her remarks come after the Finnish and Swedish delegations began talks with Ankara today. According to her, the talks will provide an opportunity to clear up the "confusion" circulating about Swedish support for various groups.

Turkey has opposed claims by Sweden and neighboring Finland, particularly Sweden, over what it considers a leniency to Kurdish militant groups in the Nordic countries.

Stockholm and Helsinki submitted their bids to join NATO last week after political and public support for membership rose after Russia's invasion of Ukraine. Turkey, however, has accused Sweden and Finland of acting as hotspots for terrorist groups, and President Recep Tayyip Erdogan has insisted that Ankara will not approve the two countries' candidacies.

Erdogan: Turkey does not support Finland and Sweden's NATO membership

VIDEO | Atovska from Ukraine: The number of victims after the attack on Kremenchuk is growing

Human head found in front of a courthouse in Bonn

Death penalty for 10, life imprisonment for 50 people in Egypt

Putin wants to improve relations with the Taliban in Afghanistan

Zelensky calls for action in address to UN, Russia responds it is a "PR campaign"