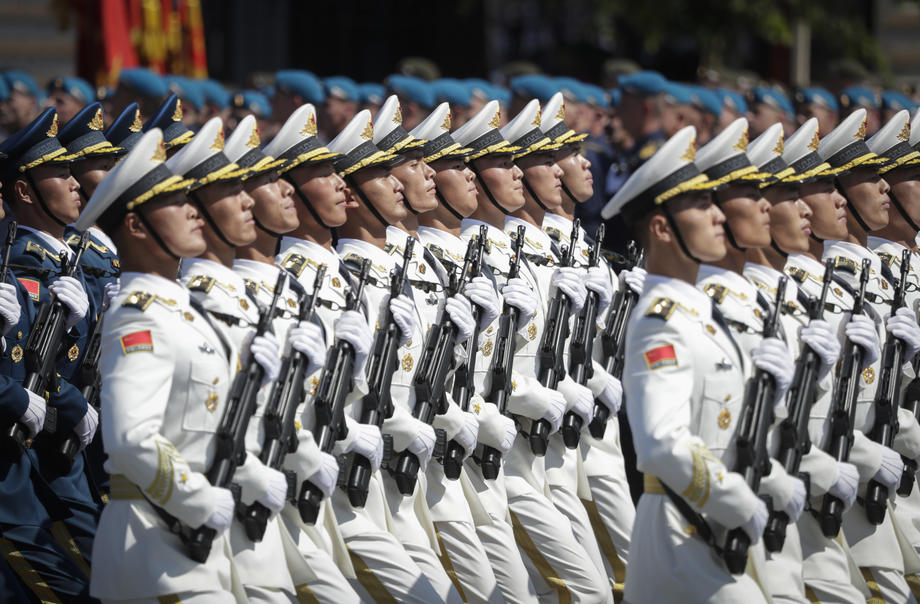 At the height of the tensions between China and Taiwan, the news reached that and САД plan to join military exercises in that area. However, in the writings of the world media and the making of forecasts that will happen in the relations between Taipei и Beijing вo case China decides to attack Taiwan, analysts believe there are four key scenarios, writes the British "Telegraph".

Namely Beijing as stated by the media has repeatedly threatened to take over the island to which it claims all rights, and China for days in that direction holds military exercises, besieging the island to show off his dominance and force. Practically cthe hedgehogs followed the visit of the president of the House of Representatives of SAD, Nancy Pelosi, who is the highest-ranking official to visit the country in 25 years.

Although it was initially said that the exercises would end this weekend, Beijing has changed its mind and decided to rename them regular military exercises, meaning they won't stop, at least not in the near future while the tensions in the region continue.

Meanwhile, Taiwan's military said 20 Chinese warplanes and 14 warships took part in drills on Saturday, and Chinese drones were again spotted over Taiwan-administered Kinmen Island. The drills represent China's biggest show of military force since cancerethnic military exercises in the mid-1990s prompted the US to send two aircraft carriers to the Taiwan Strait.

Many believe their ultimate goal is Taiwan's reunification with China, part of President Xi Jinping's strategy to "revitalize" the Chinese nation by 2050.

Is Beijing learning from Russia's lessons?

Beijing reportedly studied the invasion of Moscow in detail on Ukraine and the West's response to see what lessons China's armed forces have to learn. China reportedly concluded that Western leaders needed at least two days to respond to Putin's brutal attack on Ukraine on February 24 and saw it as a crucial time period in which irreversible gains could be made. After The Russians failedher to win itat Kyiv and overthrow itAt the government of Volodymyr Zelensky in the first 48 hours of the war, Си seg believes that Moscow opened the door wide for significant support from the West, reports the British Telegraph.

It will be crucial for China to avoid making the same mistake with Taiwan if it is to avoid a protracted war that could backfire on the Chinese Communist Party. the British media reports. However on the other hand The West believes that if Taiwan, the world's largest producer of microchips, eventually falls to China, it could disappear forever.

All of this leads to the two biggest unanswered questions – when and how?

Taiwan previously warned that the attack could happen as early as 2023. Other analysts predict it will happen later, but most agree that an attack will certainly be attempted at some point.

The continuation of military exercises could be used to financially, economically and operationally exhaust Taiwan. This would exhaust Taiwan's armed forces, which would be on high alert for a long time. Likewiseand some of the Western analysts forecast that such a check it will allow China to deploy military forces in the best possible positions to launch attacks quickly. Using exercises such as the ones carried out this week as an excuse, they can easily be carried out troupe and establishmentи no-fly zone to isolate Taiwan from any outside international help.

Сin addition to Major General Meng Xi-yangqing, professor of strategy at the National Defense University in Beijing, сThe seven zones where Chinese forces are currently conducting exercises were chosen for their importance in a potential campaign to seal off the islands and prevent foreign intervention. The general says that sor the кthe People's Liberation Army аarmies located in the east of the island will act as a "demarcation line" to prevent other countries, primarily the United States, from intervening militarilyо. Although according to him there would be an outcry and it would certainly have an impact on international shipping lanes, it is unlikely that a firmer international agreement would be reached about this issue.

The small islands in Fujian province, some of which lie less than 10 kilometers from the Chinese mainland, have long been considered part of Chinese territory. These include the Matsu Islands, northwest of Taiwan, and Kinmen, a chain of islands east of the coast of the Chinese city of Xiamen. As a reflection of its own strength, but also to test the West's resolve, Beijing could attack some or took them all islands, which at the same time are home to about 20.000 people, with minimal costs. The islands are small enough that many countries may not want to risk all-out war over them. However, the US-Taiwan Relations Act considers the islands part of Taiwan, so Washington may feel compelled to intervene. By itself, taking the islands would offer "a very limited reward compared to the risk involved," he saidat the analysts.

3. What if China launched an air and missile attack on the mainland of Taiwan

To try to weaken Taiwan while reducing the risk of an all-out invasion, Beijing could opt for limited airstrikes and they enter in the thirdthat potentially scenariosoh, according to the writings of the western media. Coastal defenses, radars and airfields would be their most likely targets. China would probably avoid targeting major population centers to bring Taiwan to the negotiating table without creating casualties so as not to strengthen public resolve on defense. That would be a significant military escalation, but China may feel that the limited nature of any attacks would be less likely to provoke a Western response.

In this scenario, the US is likely to increase the readiness of its forces in the region, especially those in Japan. Tokyo could also put its military on alert, focusing specifically on China's ballistic missile capability.

Such a move would risk "falling into the worst of both worlds," that is, causing enough damage to Taiwan to compel the rest of the region to pay attention, but not enough to fundamentally change the strategic situation. analysts claim in their forecasts for the western media.

On the other hand, as the fourth and last scenario, part of the experts say that cIn the event of an all-out attack, China would try to land troops at strategic points, rushing through the more than 100km-long Taiwan Strait under cover of missiles and fighter jets to distract the defenders.

Cyber ​​war most likely also will be used on a large scale to disrupt Taiwan's forms of communication and yes сthat's allе panic in the general population. The goal would be to physically overwhelm Taiwan's defenses as soon as possible and break their will to resist.

As for attacks from the sea, the Chinese fleet and submarines will try to destroy the Taiwanese navy, as well as any fast aircraft that try to stop the advance of troop carriers or lay mines at strategic landing sites. The Chinese navy would also act as a screen to the north and east, cutting off any potential reinforcements from Japan or the United States.