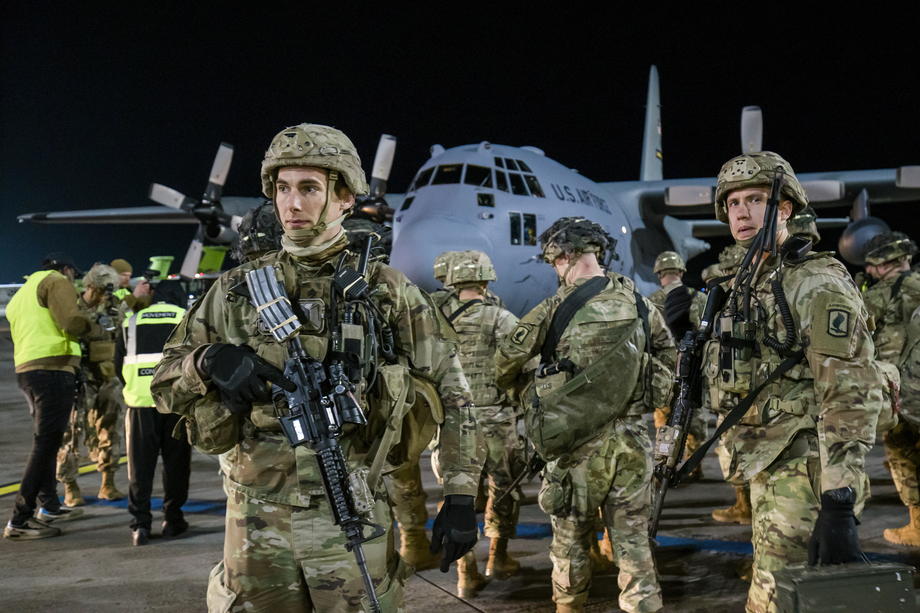 American soldiers will be deployed in Bulgaria as part of NATO's plans for deterrence and defense of the eastern flank, BNR reported, referring to the Twitter account of the American mission to NATO. According to the statement, it is not clear how much of the 2.400 soldiers from the US 101st Airborne Division will remain in Bulgaria. However, the rest will be located in Romania, Hungary and Slovakia.

The task of the US military is to participate in the reinforcement of the eastern flag, where there are battalion battle groups, specially created by the decision of NATO and approved in March and May by the regular Bulgarian government.

The information appeared only a few days after the visit to Bulgaria of the commander of the US ground forces in Europe, general Daryl Williams. With the country's military leadership, he discussed issues related to the battle group stationed in Bulgaria.

For support, up to 750 military personnel from the armed forces of Italy with 50 units of military equipment are expected to move to Bulgaria by mid-August.

Bulgaria will participate with a company of 140 soldiers from the Bulgarian ground forces and up to 15 officers in the group's headquarters.

In February of this year, the multinational battle group, which includes an armored company from the US with Stryker vehicles, demonstrated its capabilities in front of Bulgaria's Chief of Defense, Admiral Emil Eftimov, and the Chairman of the NATO Military Committee, Admiral Rob Bauer. The group in Bulgaria is one of eight multinational battle groups deployed from the Baltic to the Black Sea.