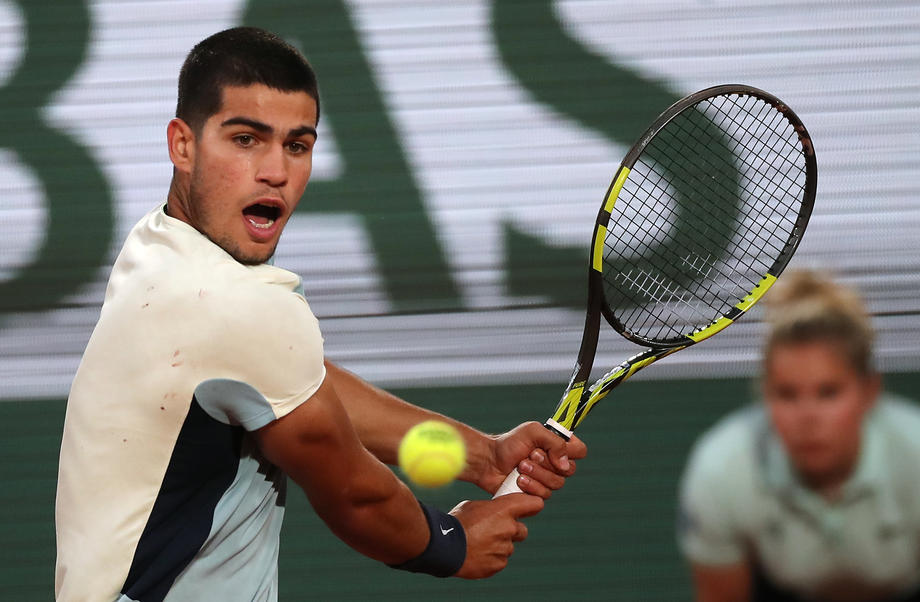 Spanish tennis player Carlos Alcaraz secured a place in the second round of Roland Garros after today in three sets with 6: 4,6: 2,6: 0 he defeated Juan Ignacio Londero.

There was more uncertainty only in the first set which was decided in the tenth game when the Spaniard used the first break ball of the match. In the second set, Alcaraz first made a break for a 4: 2 lead in games, and then made another break and took the lead with 2: 0 in sets.

In the third set, Alcaraz did not allow the opponent to win a single game and secured a place in the second round.

Alexander Zverev also secured a place in the next round, defeating the Austrian Sebastian Ofner in three sets with 6: 2,6: 4,6: 4.

On the first day of Roland Garros, another big surprise happened in the women's competition. The winner of 2016, Garbine Muguruza, was defeated by Kaja Kanepi with 6: 2,3: 6,4: 6 and after Ons Jaber is the second favorite who finished her performance in Paris on the first day.

MI: Trajkovski will miss the long jump final due to a positive PCR test

VIDEO: Volkanovski is untouchable, he defeated Holloway and remained the UFC champion