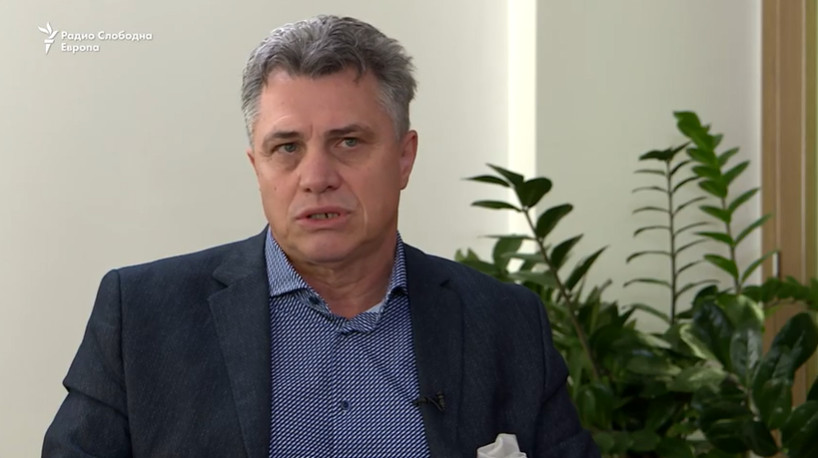 The Minister of Justice Nikola Tupancheski, who during the formation of the new government by the prime minister Dimitar Kovacevski was announced as a big surprise, it is certain that he will be replaced by a cadre from the Alliance for Albanians (AA), if the party led by v.d. the president Arben Taravari entered "Ilindenska", a senior SDSM official told "Sloboden Pechat". And Alianza openly expressed its desire to manage the department of justice if it becomes part of the ruling majority.

On the other hand, officials from AA say that the process of whether they will become part of the government majority is taking too long and that if Kovacevski does not come up with a concrete offer to the president of AA Taravari by next week, they will raise their hands and remain in the opposition.

According to sources from the government, the possible entry of the AA is expected after December 10, a period in which Kovacevski and Taravari are expected to agree on the concepts that unite them, differences and possible solutions for the issues on which they disagree. Which three portfolios will belong to AA, our SDSM source says, will depend on the interest of the party and the agreement with coalition partners DUI and Alternativa. Kovacevski will ask Taravari to offer quality personnel for the departments in which AA is interested.

Unofficially, apart from the justice department, AA is also interested in health, which is now managed by the minister Bekim Sally from Alternativa, and the departments of information society, of which he is the head, are also mentioned Admirim Aliti from Alternative, as well as the ministries of education and environment, led by Jeton Shaqiri и Nasser Nuredini, both from DUI.

– It's good that AA comes out with specific positions which departments it would like to manage. If they offer saglam kadar, we can give justice to AA. It is important to agree on a concept that unites, and it is even more important to see if there are possible solutions for what divides us. Depending on the departments they are interested in and the supply of personnel who would manage those ministries, the agreement on the distribution of the ministries will also depend. A year and a half before elections, we must not allow low-quality people to manage ministries. The intention is for SDSM, DUI and Alternativa to cede one department each - says the SDSM official.

And AA MP Halil Snopce said that it would be good if they were in charge of the justice department.

– If we criticize the non-functioning of justice, the non-implementation of laws, the high level of corruption, naturally, the Ministry of Justice and some directorates that are related to the functioning of justice, it would be logical for AA to request this ministry. We have the capacity to manage this department - says Snopce.

He repeated that there is still no concrete offer to become part of the government majority.

- There are meetings at the level of deputies, but we cannot talk about direct negotiations as soon as there is no concrete offer. We will analyze based on the offer, which must contain ideas, departments that we will manage - said Snopce.

Of the government partners, so far only Alternativa has publicly refused to cede a portfolio to AA's entry into the Government. If this causes disagreements among the government partners, the DUI card is being played to cede two ministries, considering that the integrationists will have the greatest benefit from AA's entry into "Ilindenska", because they will amortize the so-called "fire group".