Albanian oil will solve the energy problems of the whole of Europe!? 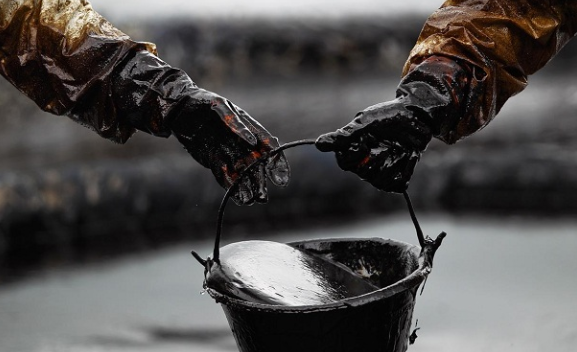 Prime Minister Rama and Minister Baluku claim that huge reserves of oil and gas have been discovered in the Shiprag oil field in Albania, although this has not yet been confirmed by Shell, which has invested hundreds of millions of dollars and ten years in research.

Albania has access to large energy sources that will allow it to produce "significant quantities" of oil and gas, with the capacity to cushion the energy crisis across Europe.

The prime minister announced this the day before yesterday Edi Rama during his visit to the Netherlands, and later confirmed by the Minister of Infrastructure and Energy, Belinda Baluku.

- Albania will be able to produce important quantities of oil and gas. "Shell" has been working in Albania for some time and we are eagerly awaiting the results of the research, which will be a great discovery - said Bulaku.

Prime Minister Rama announced an "important discovery" after meeting with his colleague Mark Rutte from the Netherlands, the country in which Shell is registered.

- There are signs that indicate that we are close to a very, very important discovery of oil and gas, which will have a huge impact not only on the future of our country, but will even play a role in the future of energy in Europe - said Rama.

Neither the prime minister nor the minister admitted that they have not received details or data from "Shell" about the conclusions of the research, but both Rama and Bulaku expressed their conviction that the news will be positive. Minister Bulaku even added that the newly discovered field contains 40 percent gas and 60 percent oil.

The British-Dutch giant "Royal Dutch Shell" and the Malaysian "Petronas" ten years ago received permission to explore potential reserves in the Shiprag oil field in the southern part of Albania, around the mountain of the same name. The field was discovered back in 2001 by the company "Occidental Petroleum", whose research showed that it is not profitable to exploit oil.

Ten years later, "Shell" and partners decided to conduct more thorough research and invested tens of millions of euros in drilling four experimental wells up to 6.000 meters deep. Manas Petroleum drilled the Shiprag 2012 well in 2, and Shell took over the operations and drilled the Shiprag 2016 and 3 experimental wells in 4. In its most recent report, in 2019, the company confirmed that “ potential discovery of oil", but did not indicate whether it will invest more funds for further research.

Oil in Albania was discovered almost a century ago, but no new deposits have been discovered for 60 years. After the overthrow of the communist regime in 1991, several global oil companies invested a lot of funds and energy in the search for oil both on the coast and on the seabed in Albanian territorial waters, without positive results.

The discoveries of shallow reservoirs, at a depth of only a few hundred meters, were for some experts a signal that they were actually channels from a much larger reservoir located much deeper. Experts from "Manas" and "Shell" estimated that the Shiprag field has an oil potential equivalent to the large "Val D'Agri" and "Tempa Rosa" fields discovered in Italy in 1989. About 50.000 barrels of oil per day are exploited from these fields in Italy today.

Albania is the largest producer of crude oil in the Western Balkans region, but it is nowhere near extracting the full potential of its fossil fuel reserves.

- Albania is one of the richest countries with hydrocarbon reserves in Europe. Since 2004, 16 contracts for exploration and production of oil and gas have been signed, of which only five are in the production phase. "Bankers Petroleum" owns 90 percent of crude oil production - explained Erlet Shake from the Albanian Energy Association. In a 2017 interview, he pointed out that Albania benefits from only 2 percent of the oil produced, because investments have failed to minimize exploitation costs.

- This fact testifies not only to poor preparation and implementation, but also to weak mechanisms for inspection, monitoring and control of public enterprises - Shake pointed out then.

He added that from the "Patos-Marinez-Cologne" field, which is considered the largest oil field in continental Europe, only 2010 percent of the total capacities were exploited in the period between 2014 and 2,18.

Albania today produces close to 23.000 barrels of oil per day, making it the 78th largest oil producer in the world. At this production rate, Albania exploits 4,9 percent of its proven oil reserves annually, which means it would exhaust all reserves in 20 years. Of the produced oil, 20 percent is for domestic energy needs, and 18.300 barrels per day are exported.