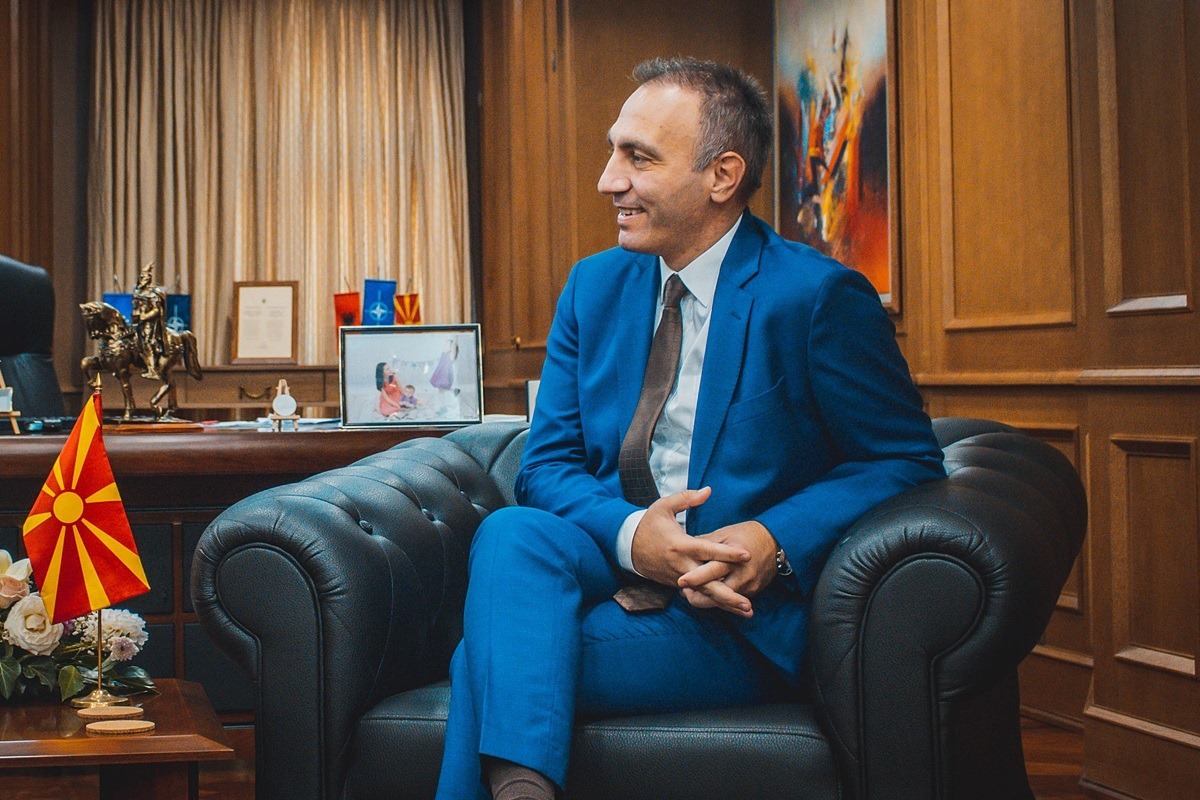 Ahmeti's answer about the so-called "Fire group" is not enough and they are waiting for a meeting with the leader face to face, and only then will they decide whether to break away from DUI, form a new party or act as a party faction.

The "fire group" in DUI, behind which they stand Izet Medziti, Musa Xhaferi, Nevzat Beita, Blerim Bexheti и Visar Ganiu, is looking for the "head" of the first deputy prime minister Artan Grubi, and not the head of diplomacy Bujar Osmani, as they were offered, and are waiting for a meeting with the leader Ali Ahmeti, sources from the disaffected integrationists brief "Sloboden Pechat".

Ahmeti's answer that in DUI everything is possible without everyone, which is interpreted as a sign that the leader stood up for Grubi, is not enough for them and they are waiting for a meeting with the leader face to face to ask him "if everything is possible without everyone, is everything possible?" and without Artan Grubi?". It depends on Ahmeti's answer whether and how the "firemen" will cut, and they will inform the public about their next steps these days.

They do not reveal whether, if Ahmeti does not replace Grubi from the ministerial and party functions of general and organizational secretary, they will break away, that is, they will form a new party or they will act as a faction in DUI.

- The question to the leader now is: "Will DUI be able to do without Artan Grubi". Democracy must be developed in the party. It is not possible for some to win elections, and others to hold positions in both the party and the Government, that is, to be irreplaceable. We are waiting for an answer from leader Ahmeti to say whether Artan will continue. Three years after the congress, the party bodies have not been elected, there is no presidency, there is no change of vice-presidents, and Grubi, apart from being the first vice-prime minister and minister of political system, is the general and organizational secretary of the party - says a member of the "Fire Group".

Osmani: The news about my dismissal is false

Minister of Foreign Affairs Bujar Osmani assessed the published news about his dismissal as false and that it does not deserve any comment. According to the speculation, in order to calm the passions, Osmani, and not Grubi, was allegedly offered to be removed from the ministerial position. Unofficially, the "Fire Group" received an offer to replace Osmani.

Regarding the open letter from the dissatisfied, Osmani said that there is a high level of democracy in the party and everyone can express their opinion, but that the leader Ali Ahmeti has the last word.

- With Ahmeti's statement yesterday, I think that this story is over - said Osmani.

He added that internal party turmoil will not affect the stability of the Government, because DUI has been a factor of stability for 20 years and that it will continue to do so.

"DUI is a stable political structure, we do not expect any further development of events," said Osmani.

It is not the first time that the disgruntled members have demanded the removal of Grubi, but now they have expressed their dissatisfaction through an open letter, in which they demand an internal party debate and that Ahmeti use his political and statutory authority to find a solution to preserve party unity. So far, there is no answer from Ahmeti whether he will call the dissatisfied to a meeting and whether he is ready to replace Grubi.

The first integrator said this weekend that DUI can function without anyone, because it has stable structures.

"Without a doubt that DUI has established stable structures that can function without Ali Ahmeti, Blerim Bejeti, Moussa Xhaferi, Izet Mejiti. This is a national investment that has a strong foundation and strong support. For 20 years, he has invested in the staff of the party. The Council and the Congress are functional, there is no place for anarchy," said Ahmeti.

"No one has the right to hide behind the face of Ali Ahmeti, but Artan Grubi enjoys that right," says Dochi.

According to him, the defeat of the local elections in Tetovo is not directly the fault of the leader, but the bearer of the failure is Grubi. He says that if this is tolerated, tomorrow we can experience defeat in Skopje and beyond, so this initiative is an attempt to save DUI and specifically the undisputed leader Ali Ahmeti, says Dochi.

The dissatisfaction has been going on for almost two years

The dissatisfaction of the "Fire Group" has been going on for almost two years. Mejiti called Grubi several times so far and asked Ahmeti to deconcentrate power from the first vice prime minister. He then announced that it is possible to request an interpellation about the work of DUI ministers. After Ahmeti declared that the misunderstandings in the party had been overcome, Mejiti resigned from the position of coordinator of the parliamentary group. Both then and now, the rebels point out that three years after the Congress, the party leadership has not been elected, and DUI functions with vice-presidents without a mandate, i.e. Izet Majiti, Nevzat Beita, Teuta Arifi and Sadula Duraku are vice-presidents of the party from the previous congress. In contrast to them, Grubi received dual functions both in the party and in the Government. Ahmeti then justified the non-election of the closest leadership with the covid pandemic.

There is no answer from the "Fire Group" as to why they did not raise this issue at the last Central Presidency, which took place half a month ago, and why they are seeking Grubi's replacement through a public announcement, and not through the party bodies.