If Filipce falls due to stadium madness, then only numbers and sweaters remain 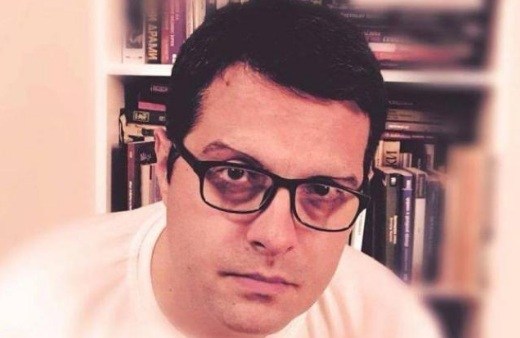 At the time of writing, I am in Skopje. Here I am, sitting in a cafe, sipping coffee, there is a young boy at the next table, I guess he is a minor, with a "shepherd" build, short haircut, he is dressed all in black, and in woolen letters on the T-shirt it says "Never North" ; above that article stands the Macedonian flag. Knitted "pattern" by a mother who sends her "shepherd" to the big and urban city. Such a woolen article serves to identify with others with the same "worldview sign". Typical of all the painful stories with military iconography: mothers knit and their sons fight in wars, from which they may never return, but what I see today is not the case.

Namely, a few days ago a terrible tragedy happened, a modular covid hospital in Tetovo burned down, and with it 14 of our fellow citizens, someone's mothers, fathers, someone's sons and friends burned. I do not know a person, at least from those I know, if he was not scared, upset and deeply saddened. And as expected, it was an ideal food for our right-wingers to profit "morally" and politically from the terrible tragedy in Tetovo.

The illusion of moral and collective correctness

It is true that such a way allows them to accept the illusion of moral and collective righteousness, "goodness" and "Christian mercy", but, of course, it is a great illusion. Then, all the daily right-wing tabloids shouted for Filipce's resignation and the fall of the Government. Of course, the dead can not be returned, so as time goes on, I realize that their demands are increasingly disgusting.

The terrible tragedy in the modular hospital was the first news of all television and online media, and the editorial mothers, the obese right-wing journalists in general practice, with bursts of death rhetoric and multiplied moral superiority, written with disgusting comments, shudder on all sides, they scream over the fate of the unfortunate people who suffer in the fire, so they demanded to cut off the head of Venko Filipce, so that after a while, that would not be enough for them, but they also demanded the head of Zaev. And the most disgusting thing to me was that you could not answer anything to those dirty and insensitive idiots, those mixes full of fat. You can not even tell them - how they are not ashamed, how they are not uncomfortable, and how they are not afraid before God and before the health of their children to live with someone else's misfortune, to call for resignations, and thus exclusively they are looking for political-particular profit for VMRO-DPMNE, that self-disintegrating party, and nothing else.

Let me be clear: any transfer of private feelings and effects from death to the collective, society, nation, is fascism. Of course, obese right-wing journalists do not know that, neither do mothers and fathers who scream on social media and national televisions, nor does the "shepherd" who has a T-shirt with the words "Never North" written in wool letters.

The vanities and the corrupt put it this way: if a tragedy happens, Filipce is guilty, and if he is guilty, then Zaev is guilty, and if Zaev is guilty, then the whole government should fall. After the whole government falls, as the "nachos" assume, we will come, and "nicely" we will send them to the chair. It can also be electric, I doubt that they would have a problem with such morality only if the VMRO members were in power. In such a context, there are no more people. We will be left with only numbers and sweaters!

On the other hand, Venko Filipce is one of the best things that has happened to this country. I have not seen a calmer, more stable and more careful person. I do not need to associate with him to know him. It is enough to hear what and how he argues things in politics and health. My position is that Filipce is not a house master and electrician, but a top doctor and a great politician. My position is that he should continue in his position. The tragedy was ugly and tedious, as is every individual tragedy, but if it is used for rejoicing and stadium hysteria, then it must not be a question of resignation and the fall of the Government.

I said once, I will say it again, if Filipce falls, it clearly tells us that there are no more people in this country, only numbers and sweaters will remain!

Catch the pig, Christmas is coming in ten days!