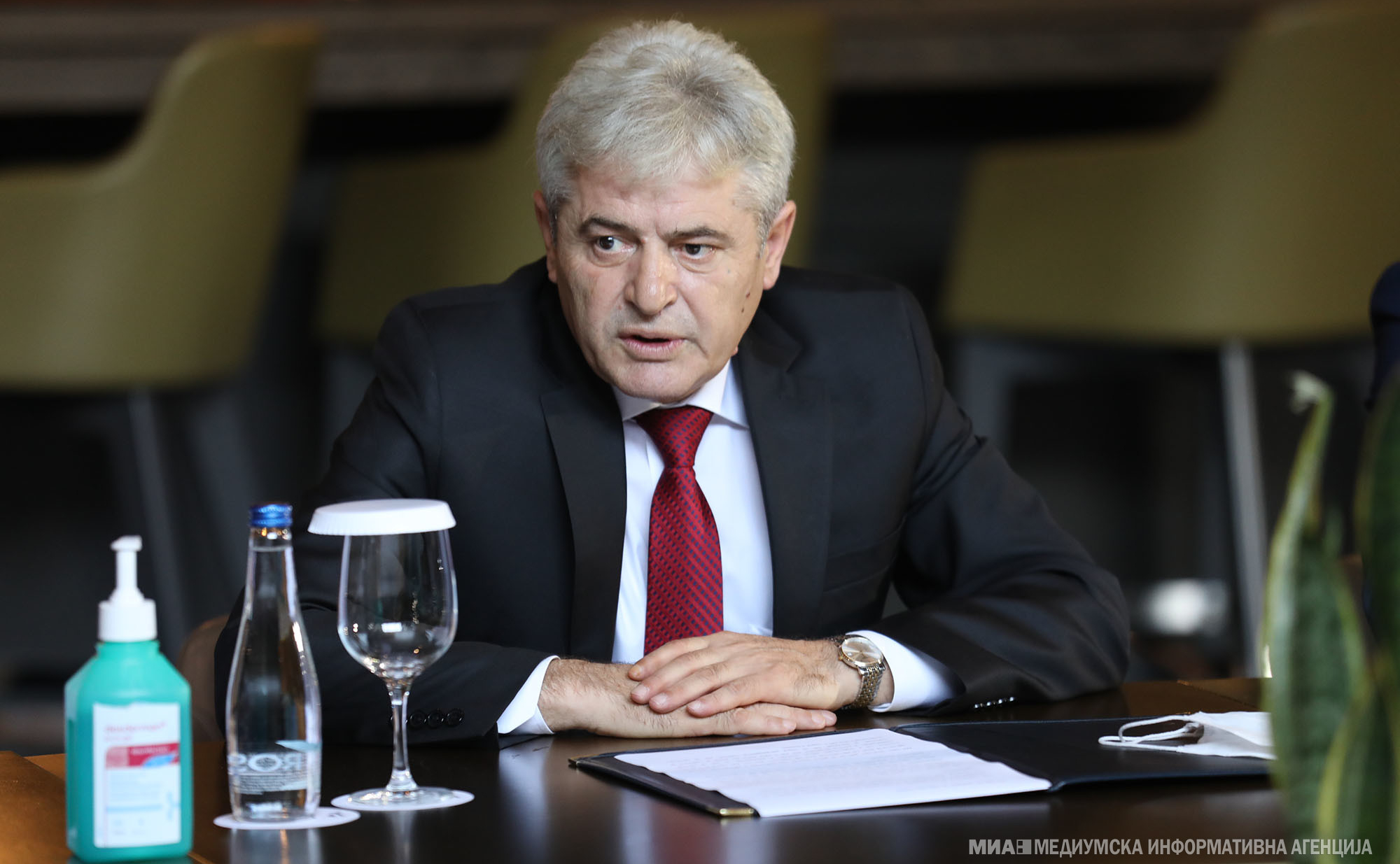 The President of the Democratic Union for Integration (DUI), Ali Ahmeti, congratulated the Albanian Prime Minister Edi Rama on the new cabinet, after he was sworn in today, DUI said.

"President Ahmeti congratulates Prime Minister Rama. "wishing him a good term and many successes for the Albanians and Albania." the statement said.

"Albanians have given you the confidence to lead them and continue working to make Albania European, and I have no doubt that you will succeed in that." "I also congratulate the newly elected ministers of the Government with the most sincere wishes for success in their mandate." Ahmeti wrote to Rama.

MoI: There is no confirmation that people took up arms to obstruct the election process

Angelovski: We have a peaceful election day, minor incidents have been registered

US Embassy on the occasion of the local elections: We applaud the citizens of Northern Macedonia