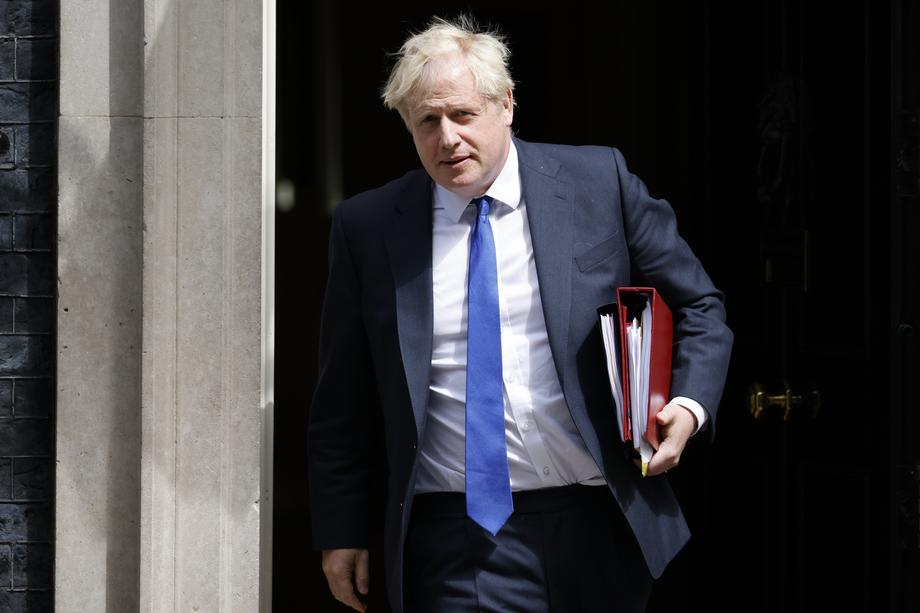 British Prime Minister Boris Johnson spoke today with the Tory leader and decided to resign. Members of his cabinet and party began to leave the "sinking ship", and all this happened as a result of several scandals. Along with the parties during the covid "lockdown" in Tory ranks, sex scandals have also piled up.

At the height of the scandal, a number of government officials from the Johnson administration, about 55, have resigned in the last 24 hours.

Although this is certainly not the first scandal of his administration, it seems that the Prime Minister's apology that he did not know that an MP who was accused of sexual offenses could not perform certain functions and that he should regain his mandate was the last straw. ” of discontent, which gave his political opponents an argument to attack him and demand his resignation

MP Chris Pincher was accused of drunkenly touching two men at a private club, prompting Johnson to explain his knowledge of it in response to parliamentary questions. Allegedly, he was informed about it, but did not take any action.

"I drank too much. I put myself and others in trouble, which is the last thing I wanted to do," the BBC quoted Pincher as begging for forgiveness and resigning from his post.

Johnson drew public ire on himself because of complicated relationships with colleagues. It has been revealed that he tried to cover up that Tory veteran and former Brexit minister Owen Paterson broke lobbying rules by repeatedly using his position as an MP to promote companies that paid him. Johnson even tried to prevent Patterson's punishment and rewrite the rulebook.

Public anger also fell on the prime minister after he stood up for Matt Hancock, a minister caught in adultery. British tabloids were flooded with photos showing the married Hancock kissing his assistant. After Hancock apologized, Johnson said he accepted the apology and considered the case closed. The public was not happy that the Prime Minister was defending an adulterous minister, but Johnson didn't care. He would not even say whether he replaced Hancock or whether Hancock resigned himself.

Fun during the covid "lockdown"

The scandal that will remember Boris Johnson's tenure and which brought him to the brink of collapse again is "Partygate". It is about the parties that were held in the prime minister's residence on Downing Street no. 10 while the rest of the country was in strict quarantine due to the corona virus pandemic.

Johnson and his wife Carrie ignored the rules and the lockdown and partied with alcohol in the presence of a large number of people. At that time, the rest of the Brits couldn't party, as a gathering of a maximum of two people was allowed.

Johnson probably has the most tumultuous private life. Until recently, it was not even clear how many children he had, while he himself accidentally revealed that he had six, he did not even want to admit the paternity of one child, and his lovers were happy to share even bedroom details with the media. . It was written in the media that he actually has eight children. He was in a relationship with Jennifer Arcuri. The public also revealed that during his relationship with Jennifer, when he was mayor of London, he helped her companies do business with the city.

One of Johnson's party members said that Johnson was "done" and that he "shouldn't continue the agony".

The BBC reports that Johnson was trying to determine how other ministers would behave, that is, whether they would support him. He had the support of several ministers, including the greatest support from the head of British diplomacy, Liz Truss.

The EU approved 261 million euros in aid for Palestinian refugees

Biden was not informed about the raid on Trump's house