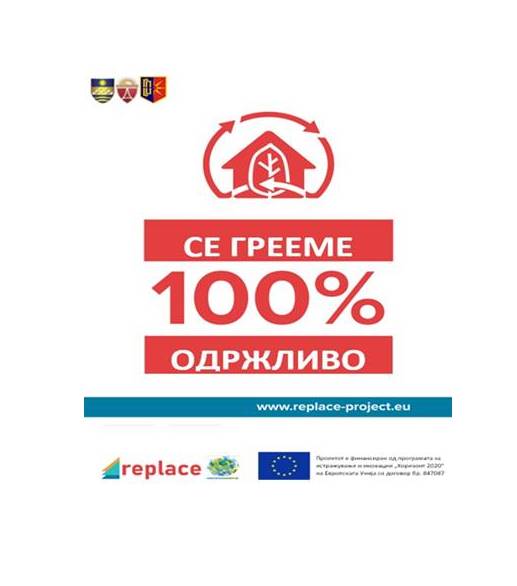 In an attempt to reduce the ambient air pollution and to encourage the residents to use ecological heating systems, the Municipality of Aerodrom joins the campaign for replacement of the heating system with ecological alternatives.

Namely, the ecological way of heating is extremely important for this part of Skopje because for years, Lisice and the entire territory of the Municipality of Aerodrom have been considered one of the most polluted places when it comes to the quality of the ambient air. During the heating season, when the local population, especially in the settlement of Lisice and in Gorno Lisice, is heating with wood, the level of harmful PM10 particles in the air can increase by five or six times more than the allowed average.

Exactly to solve this decades-old problem and to somehow single out the citizens who have become environmentally conscious and no longer pollute, this Skopje municipality informs that they have joined the Campaign "Celebrating a 100% sustainable heating system".

Namely, the Municipality of Aerodrom invites the citizens, the communities of owners and managers of buildings to become part of the campaign for use of sustainable heating systems.

The campaign is organized within the REPLACE project funded by the European Union research and innovation program "Horizon 2020". The project is aimed at all those involved in the heating and cooling sector: end users, intermediaries, energy controllers as well as investors and building owners, in order to motivate them to replace old and inefficient heating and cooling systems with environmentally friendly alternatives.

-To join this initiative you need to register at the following link: https://forms.gle/esHcK4RVVyirZLvR9- explained by the municipality.

She wanted to be a doctor: The dream of the teenager who was killed with a Kalashnikov will remain unfulfilled