Advent – ​​the four weeks before Christmas in German families 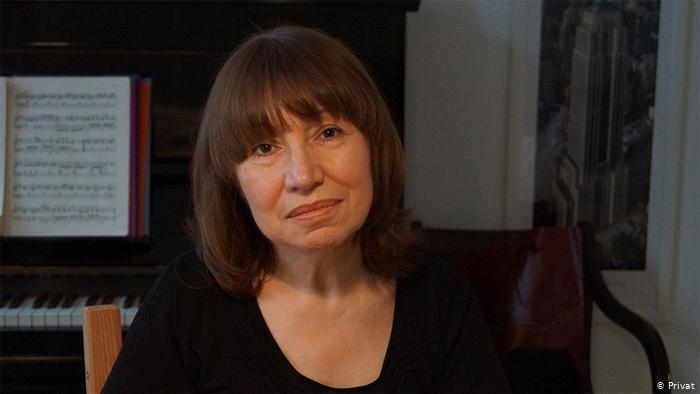 There is no German home in which an "Adventskranz" is not placed on the table on the first Sunday. Then the first candle is lit and the first Christmas carols are sung in Advent, and relatives and friends send each other Advent greetings. Of course, mothers are responsible for the magic of this most beautiful time of the year in German families.

Just as the year draws to a close in December, and nature sinks into the evening darkness earlier every day, children in German families look forward to Advent. In the Western European Christian world, Advent means, above all, the time of the four weeks before Christmas. The word comes from the Latin "Adventus" (coming) or "Adventus Domini" (the coming of the Lord) and refers to the time before the feast of Christ's birth, Christmas.
For Germans, that time is filled with customs that symbolize pre-Christmas joy. In the Catholic Church, the new church year begins with the first Sunday of Advent. Unlike the Orthodox Church, in which it begins on September 1, in the Catholic Church that date falls at the beginning of the first Sunday in Advent. He can be in the days from November 27 to December 3. This year the first Sunday of Advent was on November 27.

In the early Christian centuries and in the Catholic world, today's brightest, sweetest and most fragrant time of the year was the time of fasting, repentance and spiritual preparation for the encounter with the feast of Christ's birth. That is why in the Catholic Church that period began on St. Martin (November 11) and ended on Epiphany (January 6). The pre-Christmas time for centuries in the Catholic world was filled with fasting and prayer, but after 1917 the Catholic Church abolished fasting, and the time of Advent was limited to the four weeks before Christmas.
Advent in liturgical symbolism is marked by the violet color of the candles for the first two and last weeks, while the color of the third week is pink. In Catholic churches on the first Sunday of Advent, a large wreath of evergreen branches, decorated with purple ribbons, is placed high or hanging, attached to the ceiling. Then the first candle is lit, which is joined by the next one every week. In the Catholic and Protestant churches, each week has its own liturgical meaning. The first Sunday is dedicated to the Second Coming of Christ, so excerpts from the Revelation of John are read. The second Sunday is in honor of St. John the Baptist, the harbinger of Christ's birth, and the third is in the sign of Christmas joy, which is why the liturgical color is pink. In the last week, the Mother of God is celebrated.
With the beginning of Advent, today's everyday life in German cities is transformed into an endless pre-holiday rhythm which in the last three decades has been increasingly dictated by the food industry, but also that of all kinds of Christmas decorations. When I moved to Germany almost forty years ago, Advent still had a very private atmosphere. It was realized with decorations in the homes, which everyone made himself. Many of them were made of the most natural materials, and two colors dominated, green and red, i.e. purple. Today, it seems that modern consumption is trying to be as bright and loud as possible in the run-up to Christmas. While earlier Christmas carols were heard in large department stores as a quiet, background rhythm, today traditional Christmas carols, but also modern Christmas hits, overpower the noise of shoppers.
Of course, one is the logic of consumption, and another is that of traditional customs, which, fortunately, many people in Germany still manage to preserve. Namely, the purpose of the pre-Christmas time, as a set of customs in families, is to make children happy. To them, starting from the feast of St. Nicholas on December 6, it seems to them that the time until Christmas is very long, because they are impatiently waiting for Christmas gifts. Thus, in the 19th century, the "advent wreath" was first introduced in the Protestant church. Indeed, the first Advent wreath, introduced in Protestant Hamburg to an orphanage to bring joy to their impersonal everyday life, was a single carriage wheel, on which Johann Hinrich Wichern placed four large candles. Later, the custom with the Advent wreath of evergreen branches and four candles became a favorite, for example, in Catholic Cologne. So it later became typical of German pre-Christmas everyday life.

There is no German home in which an "Adventskranz" is not placed on the table on the first Sunday. Then the first candle is lit and the first Christmas carols are sung in Advent, and relatives and friends send each other Advent greetings. Of course, mothers are responsible for the magic of this most beautiful time of the year in German families. Together with their children, they decorate the homes, the yards, the windows of the houses. Advent, pre-Christmas decorating is the highlight of the year in schools as well. That's why in Advent, the world suddenly starts to shine with all kinds of lights, which alleviates the winter darkness. Everything is starting to turn green and red!
Round Advent wreaths usually have a radius of 25 to 40 centimeters. They are made from pine, thuja, fir, but also from boxwood, ilex and ivy. Lately, Mediterranean trees have joined the evergreen trees as a material, such as olives, rosemary, eucalyptus, laurel or myrtle. Once the end of November approaches, I enjoy transforming the home with pre-Christmas decorations. Cutting countless white stars from white cardboard, with which I make a real starry sky from the window panes. Of course, I also make the Advent wreath myself, from all kinds of evergreen and Mediterranean plants, which, fortunately, are not only available in German florists and markets, but also in many gardens. I enjoy going to the Advent market and looking for exotic green branches.
The most beautiful and fragrant Advent wreaths are when mandarins, apples and walnuts are placed in the hollow of the circle, with candles made of pure wax. And, of course, for me the Advent wreath is the most beautiful when I put red pomegranates in the hollow of its circle, for me the symbol of Macedonia. In fact, there are no limits to the creative imagination in decorating the Advent wreaths for the table, but also for the entrance doors, for the windows, for the walls, for the fireplace. They are, of course, especially beautiful when decorated with large red velvet and silk ribbons.
From the first day of Advent until December 24, another calendar applies to German children. Namely, the calendar with the taste of the big surprise and the small gifts and chocolates! In the children's Advent calendars, which are, of course, the most beautiful when mothers make them themselves for their children, a door or a bag with a small gift is opened every day. That momentarily calms the impatient expectation of bigger gifts for Christmas!
Strings of colorful paper bags or cloth pouches, filled with cookies and chocolates, are hung on doors, windows, and kitchen showcases in German homes. And they transform the home into a real colorful winter story, into a sparkling pre-Christmas fairy tale. Advent for Germans is the time when friends and relatives visit and invite themselves to Christmas sweets and mulled sweet wine. Especially when you pass German homes at noon on a weekend, the air around them smells of cinnamon and vanilla, of chocolate, of hot waffles, of Christmas sweets. This is because mothers make Christmas cakes together with children usually on the weekend, when everyone has more time.

The author is a writer