PHOTO: Adele puts an end to rumors of a love affair with Rich Paul 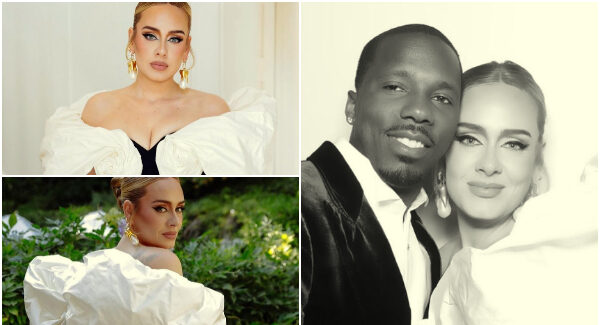 Three months after they were first spotted together, Adele confirmed her relationship with the sports agent
Rich Paul whose clients include Anthony Davis, LeBron James, Ben Simmons and other NBA stars.

The British singer (33) posted three photos on her Instagram profile from the wedding of
Davis held this weekend, where she attended with Rich (39).

Dressed in a glamorous black dress with white "puff" sleeves, the singer looked elegant and stunningly well in the published photos.

But the third photo was the one that caught the attention of the internet audience the most, where they were photographed together with Rich Paul, the sports agent who has been rumored for months that he is her new boyfriend.

Rumors of Adele and Rich Paul first spread when Paul said in May that they were "dating", but intensified after the couple was spotted at Game 5 in the NBA Finals in July.

Among the many comments about how beautiful Adele looks, there were questions about when she would
released his new album, and the post has already garnered more than 6 million likes.