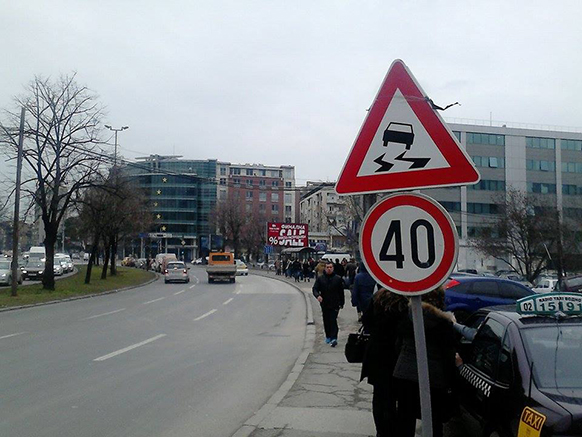 The Republic Council for Road Traffic Safety appeals to the traffic participants to be careful, responsible and ready for safe driving of the vehicle / Photo: RCRTS

During yesterday (22.01.2022) the Ministry of Interior conducted an intensified action control on the territory of the Republic of Northern Macedonia to sanction vehicles moving at speeds higher than allowed, with 247 drivers sanctioned.

The intensified action controls continue in the coming days. We appeal to all traffic participants to respect the traffic rules and regulations and to jointly contribute to safer roads.

A woman from Skopje beat her husband, who is 15 years older

Body of a boy killed with a knife found in Gevgelija

A foreigner became a Macedonian with false documents, a criminal case for two registrars