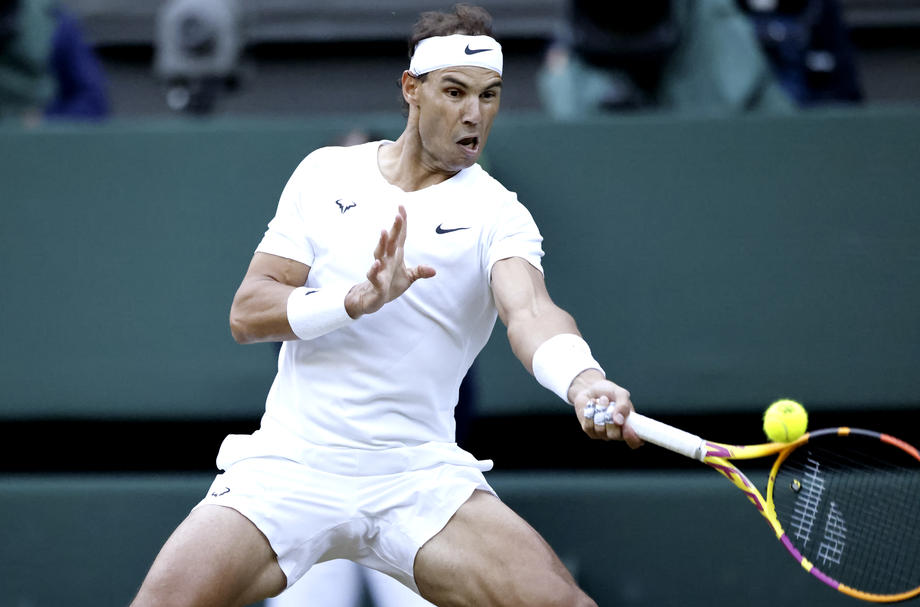 Rafael Nadal is the last participant in the quarterfinals of the 135th edition of Wimbledon after defeating Bottic van de Zandshulp in three sets with 6:4,6:2,7:6.

This was also the 18th victory in a row for Nadal at the Grand Slam tournaments, the Spaniard previously triumphed at the Australian Open and Roland Garros.

Nadal's opponent in the quarterfinals will be Taylor Fritz who also beat Jason Kubler from Australia in three sets and very easily with 6:3, 6:1,6, 4:XNUMX.

The match started with an attractive point, but Van de Zandshulp kept pace with the aggressive Spaniard, and so it was until the 10th game of the first set, when Nadal broke for a 1:0 lead in sets.

In the second set, Nadal took advantage of the drop in the opponent's game and celebrated with a convincing 6:2.
In the third set, Van de Zandshulp started well and broke in the first game, but Nadal re-breaked immediately.

The Spaniard then made another break and had the opportunity to serve for a triumph at 5:3 in games. But Van de Zandschulp managed to survive, break and then take the set to the tiebreak with a reliable serve.

In it, Nadal had three match points at 6:3, but the Dutchman did not give up and managed to return to 6:6. However, in those moments the quality came to the fore and the Spaniard finished the match with two points in a row.

In the women's competition, the French Alize Cornet, who in the previous round knocked out the first seed Iga Shvyontek, now lost to Ajla Tomljanovic in three sets with 6:4,4:6,6:3. That's why Simona Halep had a reliable performance, who allowed Paula Badosa to win only three games, as Amanda Anisimova was better than Tan with 6:2,6, 3:XNUMX.