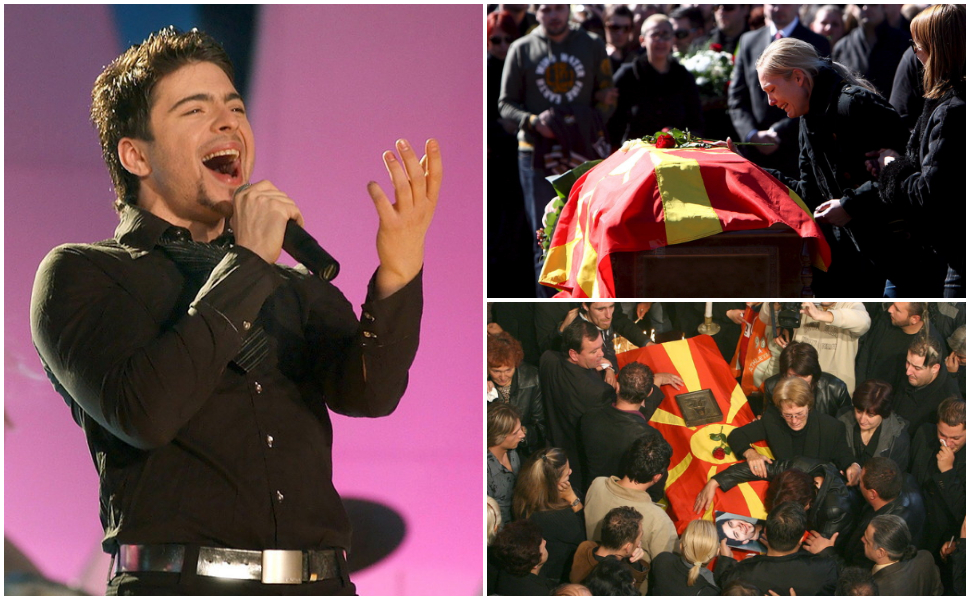 Today marks 14 years since the Macedonian singer Tose Proeski died in a car accident near Nova Gradiska. Balkan Elvis Presley, as BBC News called him, left us at the age of 26, leaving an indelible mark as a human being.

On October 16, 2007, one of the scariest news in the Macedonian public echoed, an event that no one ever thought could happen and which at first seemed like an unsalted joke, but then the official information confirmed what we were afraid of - Tose Proeski died in a car accident accident in Croatia.

In memory of the musician who did not want to take his hat off, but to be proud of him, the marathoners will run a memorial marathon this year, from Nova Gradiska in Croatia, to Krushevo in Northern Macedonia, where Tose Proeski rests. The marathon started on October 14 at 17 pm, from the stadium of the football club Sloga in Nova Gradiska.

How big Tose's heart was, and how he always helped those who needed it most, is shown by his words "I love you all". A singer with an angelic voice and a warm soul, he lived for concerts and exchanged energy with the audience. At his last concert in his career, at the City Stadium in Skopje, on October 5, 2007, when the funds were intended for the reconstruction of one hundred primary schools throughout Macedonia, he received a statuette of Mother Teresa, from the foundation of the same name, as a sign of gratitude for humanitarian work. . He gave it to his mother Dominica, who taught him from an early age about the importance of charity. He had a special request to the audience that night - he asked them to make a "starry sky" with their mobile phones and not to let it go out.

And it will not go out…

ETERNAL GLORY TO OUR ANGEL!

The prices of basic products will be frozen, Bekteshi announced

VIDEO | Crying, pain and sorrow: Studenichani, Morane and Dolno Kolichani said goodbye to their fellow citizens who died in the bus accident

Parent of a child with autism: They make fun of our children at school, the government thinks inclusion is done, let them take my citizenship to make it easier for me to leave here

Alternative enters the Government more and more certain: The Ministry of Information Society is the department that will be upgraded

War between the Government and ESM over the price of electricity?

The stallholders congratulate the customers with free bags: The price of 15 denars has not yet "reached" the markets